About Leicester: Ancient, modern and happy!

Leicester is one of the oldest cities in England. People have lived in the area for over 2000 years, with the city being linked to many historical events. Leicester’s historic past was back in the news in 2012 when the remains of King Richard III were discovered in a city centre car park.

Leicester isn’t all about the past though. This modern city is one of the most ethnically diverse in the United Kingdom, and its 2 universities, the University of Leicester and De Montfort University, are at the forefront of a developing digital tech sector.

Leicester is home to several exciting tourist attractions, including the National Space Centre, while the urban area is surrounded by beautiful countryside and is only a short drive from the National Forest. Transport links are great, with London only about an hour away by train.

With all this going for it, it’s no wonder that Leicester was recently declared the second happiest city in the UK.

However, like all cities, Leicester is not immune to crime. So just how safe is Leicester?

In the 12 months ending in November 2018 the most commonly reported crime in the Leicester City Council area was violent crime, which also includes sexual offences, with 12,831 offences reported according to UKCrimeStats. The second most common type of crime, with 7,048 was anti-social behaviour. Anti-social behaviour includes a range of unacceptable activity including behaviour that leaves individuals or communities feeling harassed or unsafe. Burglary accounted for 3,428 of the crimes reported, making it the 6th most common type of crime reported in Leicester. Fitting British Standard locks to all your doors and window, including patio doors and garage doors, can significantly reduce your risk of being a victim of burglary.

Are some areas safer than others? 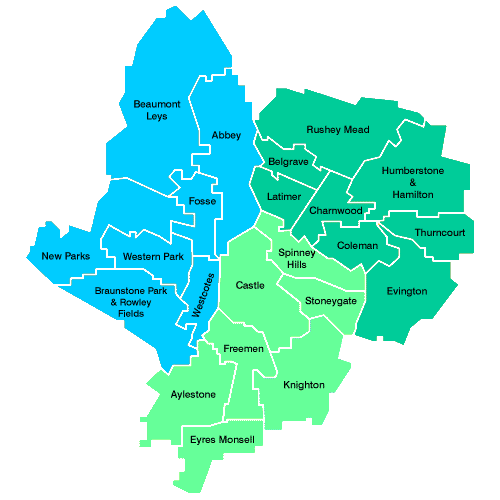 The crime statistics for the year up to November 2018 indicate that the fewest crimes were reported in the Thurncourt council ward area. This ward is situated at the eastern edge of the Leicester City Council area and includes the Thurnby Lodge Estate. Other low crime wards include Evington, also at the edge of the city limits, and Belgrave a ward that includes the Belgrave Conservation area and historic Belgrave Hall.

At the other end of the scale there were almost 4 times more crimes reported in Castle ward than second placed Abbey ward. This is to be expected as Castle includes the shops, clubs and bars of the city centre that tend to attract criminal activity, in particular anti-social and violent behaviour. Business owners may also be more likely to report criminal activity. Castle ward also includes the University of Leicester campus, with Welford Road running through some of the ward and along the edge of other parts.

How does Leicester compare with similar cities?

It’s difficult to compare crime statistics across areas as no 2 cities are exactly the same. However, it is possible to roughly compare cities of similar size, with a similar demographic makeup, Rather than comparing the total number of reported crimes here we compare the number of crimes reported per 1,000 of the population. This helps give a clearer comparison.

The average number of reported crimes for the group of similar areas shown in this graph is 124.90 per 1,000 population. This means that Leicester, with 117.10 crimes per 1,000 (for the year ending June 2018) has a reported crime rate below that of similar towns and cities. Data is drawn from PoliceUK .

Is crime increasing or decreasing in Leicester?

Figures suggest that for all crimes reported, the rate in Leicester has risen steadily since June 2015. This reflects the pattern in similar places to Leicester. It’s worth remembering that these are the figures for all crimes with some, for example violent and sexual offences, rising more consistently than others. While rising crime rates may be a concern the best way to avoid becoming part of the statistics is to take sensible precautions to protect yourself, your home or your business. Absolute Locksmiths Leicester’s security audit can help give you added peace of mind. 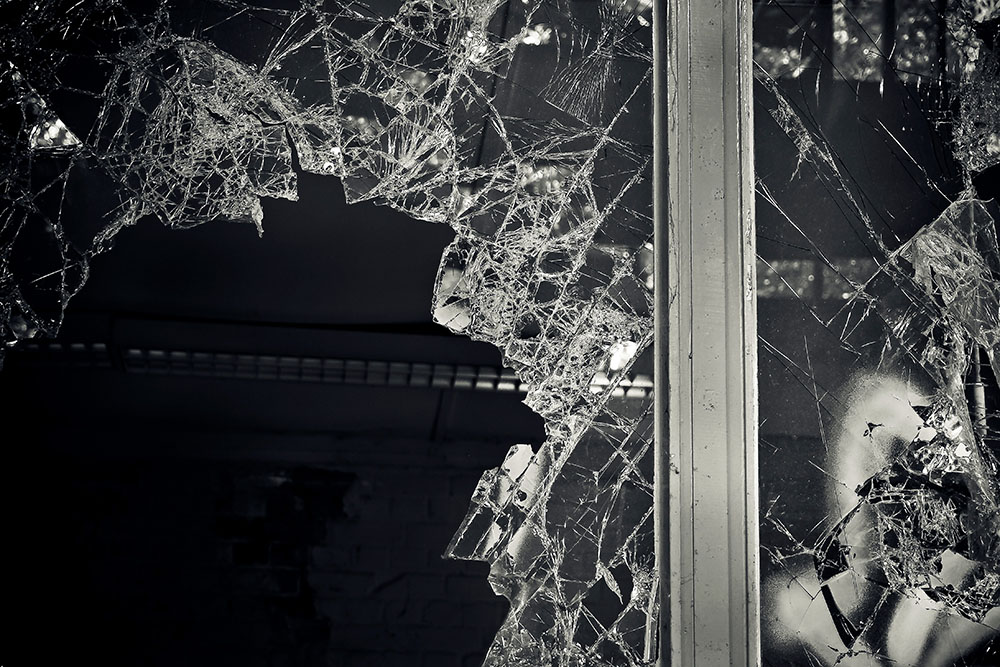 What to do if you’re burgled

Being a victim of crime can be very distressing. If you think that someone has entered your home or business illegally and is still on the premises the first thing to do is to protect your own safety. You shouldn’t confront a burglar, rather call the police on 999 from a safe place such as a locked car outside the premises or a neighbour’s house.

If you discover that your business property or house has been burgled and you are sure that the intruder has left, you don’t need to call the 999 emergency number. You can contact Leicestershire Police by calling 101. The police will let you know what you can repair or tidy up, and whether a Crime Scene Investigator will need to examine the scene.

A 24/7 Leicester locksmith like Absolute Locksmiths Leicester can be on site quickly to secure the property and repair or replace locks as necessary. Many people feel safer having locks changed following a burglary, particularly if they think spare keys may have been stolen.

Finally, consider contacting Victim First who provide a free and confidential service for anyone in Leicester who has been the victim of a crime.

Get A Free Quote

Although Leicester does not have a particularly high crime rate compared to other similar areas, it’s always worth considering ways of reducing the risk of becoming a victim of crime.

Joining or setting up your local Neighbourhood Watch scheme is always a good idea. You can find more details here and search for your local group.

Ask Absolute Locksmiths Leicester to come to your Leicester home or business to give you a free estimate on a security upgrade. Finally make sure you have our 24-hour locksmith contact number 0116 3268979 handy. That way if the worst should happen you can have your premises secured quickly and efficiently.

We use cookies to make this website function, by continuing to use the site you are consenting to this. You can accept our policies and continue by clicking the button below, or click HERE to view our policies.